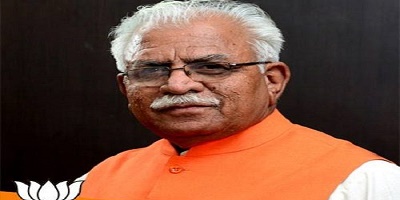 The Haryana government today said it has prepared a draft policy to develop the state into a start-up hub by supporting new-age innovators and entrepreneurial talents. The policy aims at facilitating a minimum venture capital funding of Rs 200 crore, and encouraging, facilitating and incubating at least 500 start-ups, an official spokesman said. He said it plans to attract investments to the tune of Rs 500 crore in the incubation and start-up ecosystem of the state during the policy period. This will be done by creating a sustainable ecosystem of innovation, research and development and engineering, aligning Haryana with the Centres Start-up India initiative, the spokesman said. Enhancing links between universities, research institutions and the business community will be essential to creating the ecosystem, he said.

“It has been proposed that an IT start-up hub in Gurgaon and at least 10 technology, business incubators or accelerators will be setup in different regions of the state,” the spokesman said. The plan is also to have incubation centres in all parts of the state, and develop one million square feet of incubation space, he said. The spokesman said a start-up according to the draft policy will be an entity that is registered in Haryana not prior to five years and with an annual turnover not exceeding Rs 25 crore.

The start-up should be working towards innovation, development, deployment or commercialisation of new products, processes or services driven by technology or intellectual property, he said. Applications to register under the policy will be scrutinised by a committee headed by the principal secretary or secretary of the Industries Department, the spokesman said. The shortlisted start-ups would then have to get a certification from Policy Implementation Committee after which they would be eligible for financial incentives, he said. The pillars of the draft policy will be infrastructure augmentation, fiscal support, fund of fund creation, regulatory support and student entrepreneurship, the spokesman said.

Under infrastructure augmentation a 10,000 square feet warehouse, a 4,000 square feet mobile application centre and a centre for innovation and entrepreneurship will be built in Gurgaon, he said. In fiscal support, the government would provide fiscal incentives to incubators, including capital subsidy, reimbursement for recurring expenses, and exemption on stamp duty and registration, the spokesman said. Start-ups would also be given interest, lease rental and innovation promotion subsidies, and incentives and provisions under the Enterprises Promotion Policy-2015, he said.. Fund of fund component will provide funding to support start-ups and a corpus of Rs 200 crore will be created, the spokesman said. PTI CHS ANB.