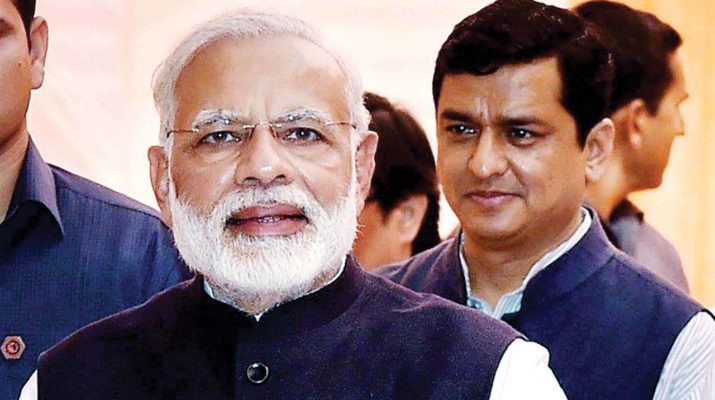 Prime Minister Narendra Modi spent a considerable part of his monthly radio broadcast Mann Ki Baat on Sunday in reaching out to farmers and Dalits — two key constituencies that are of great significance ahead of next year’s general elections.

He promised to ensure the minimum support price (MSP) of farm goods is fixed at 1.5 times the input cost, based on the comprehensive cost of production including land rentals and unpaid-for labour by family members of a farmer.

The move was announced in the Union Budget on February 1. It seeks to sooth farmers protesting mainly in BJP-ruled states such as Maharashtra, Madhya Pradesh, Rajasthan and UP, amid a continuing agrarian distress caused by slugging growth.

MSP is the minimum price that must be paid to farmers to procure their produce. The government sets a minimum MSP for nearly two dozen farm commodities and makes purchases if prices drop below the rates it has fixed.

The PM sought to connect Dalit icon BR Ambedkar’s “vision” on industrialisation and poverty amelioration with his initiatives.

Modi’s pet initiatives include Make in India, Start Up India, Stand Up India and monetary policy.

The comment comes after Dalit leader Mayawati and SP chief Akhilesh Yadav joined hands to wrest two of BJP’s most prestigious Lok Sabha seats — Gorakhpur and Phulpur – in by-elections early this month. The shock defeats have prompted Opposition parties to band together for the 2019 Lok Sabha elections.

Modi acknowledged to have received several letters from farmers and clarified that the MSP will include the cost of everything that goes into producing scheduled crops.

“MSP will include labour cost of workers employed, expenses incurred on own animals and animals and machinery taken on rent; cost of seeds, fertilizers and irrigation; land revenue paid to state governments; interest paid on working capital; and ground rent in case of leased land.”

“Not only this but also the cost of labour of the farmer himself or any other person of his family who contributes his or her labour in agricultural work will also be added to the cost of production,” he promised.

He also announced a Gram-Swaraj Abhiyan to celebrate Ambedkar’s birth anniversary from April 14 to May 5 and urged all citizens to be a part of the campaign on village development, poverty amelioration and social justice throughout India.

The PM credited Ambedkar’s views on industry for resulting in successful campaign of ‘Make in India’ and his strong faith in self reliance as giving rise to monetary policy, Start Up India and Stand Up India initiative.

“Today, the campaign of Make in India is progressing successfully in consonance with Dr. Ambedkarji’s dream of India as an industrial super power-that vision of his has become our inspiration today.”

“He did not want anybody to languish in poverty forever. He also believed that poverty cannot be ameliorated by mere distribution of capital among the impoverished. Today our monetary policy, Start Up India, Stand Up India initiative have become seedbed for our young innovators and young entrepreneurs,” said the PM.