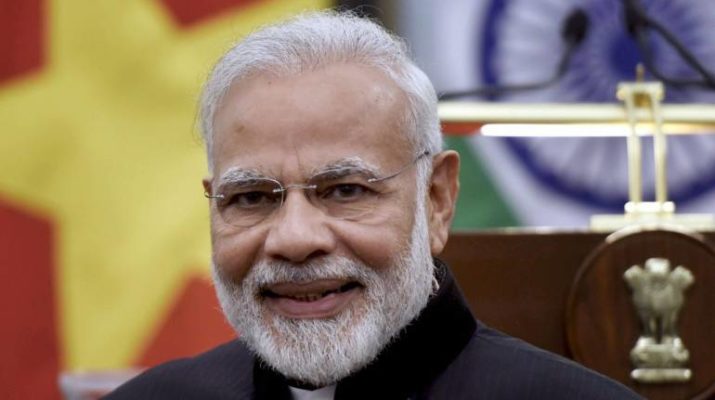 PM Modi said whenever his government was criticized by select Opposition parties, substance was lacking in their arguments as they would go back to saying — “when we were in power”.

Prime Minister Narendra Modi on Wednesday attacked the Congress saying the party devoted all their energies to serving one family all these years and the country has been suffering due to the “wrong” policies it has pursued since Independence. The PM was replying in the Lok Sabha to the motion of thanks on President’s address.

Here we take a look at some of the key points raised by the PM in Lok Sabha today:

PM Modi said whenever his government was criticised by select Opposition parties, substance was lacking in their arguments as they would go back to saying — “when we were in power”.

In the Parliament, PM Modi criticised Congress by saying that the party has spent time singing paeans to one family. “For decades, one party devoted all their energies to serving one family. The interests of the nation were looked over just for the interests of one family.”

PM Modi recalled certain incidence of past when Congressmen insulted some leaders and said that “nobody in India needs lessons on democracy from the Congress Party.” He said that “when Rajiv Gandhi landed in Hyderabad, how did he behave with a Congress leader Mr T Anjaiah. He humiliated a big leader, who did not belong to a privileged background. We cannot forget how the Congress insulted Shri Neelam Sanjiva Reddy, a proud son of Andhra Pradesh. They humiliated him.”

Speaking further on the democracy, he said, “How can one of the leaders say India got a democracy due to Pandit Nehru and the Congress Party? Is this their reading of India’s history? What arrogance is this? India did not get democracy due to Pandit Nehru, as Congress wants us to believe. Please look at our rich history. There are many examples of rich democratic traditions that date back centuries ago. Democracy is integral to this nation and is in our culture.”

“When we speak about creating new states, we remember the manner in which Vajpayee jee created Uttarakhand, Jharkhand and Chhattisgarh. It shows how farsighted he was.

“Since Kharge Ji spoke about Railways and Karnataka, let me tell the truth about the Bidar-Kalburgi rail line. The project was approved by the Vajpayee government and from 2004 till 2013, nothing was done. Work began when the BS Yeddyurappa government gave approvals.”

Modi also said that the NDA government has created an era of honesty in the nation. “I know the government’s efforts to eliminate corruption and black money are hurting a select group of people. Today, people who served as Chief Ministers are in jail. However powerful one was, if one has been corrupt, that person will be punished. We are in an era of honesty.”

Bringing back his attack on other political parties, he said: “The way people of Rajasthan were misled about the Barmer refinery was appalling. Just for votes, lies were said. It is in the last three years that the Government of India and the Rajasthan government worked together to sort out the pending issues.”

PM Modi criticised Congress President Rahul Gandhi without taking his name. “The nation’s army was fighting in Doklam but leaders of one party preferred to meet Chinese officials. The same party questions the army on surgical strikes.”

PM Modi also counted the achievements of present government. “More villages are getting optical fibre network in the last three years than they got previously. This is the transformation happening.”

Praising the Startup India campaign, he said: “I can see the energy and enthusiasm in our youth. They want to do something on their own, they want to launch their own start-ups. Our government is giving wings to the aspirations of India’s middle class.”