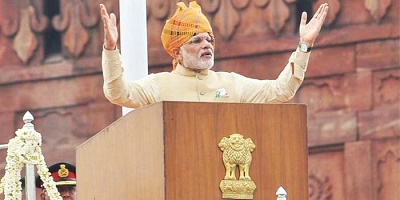 India’s bustling startup ecosystem is in a state of hysteria as e-commerce major Snapdeal implodes. In yet another attempt to shape up and survive, the company will lay off 600 people over the next few days. In a Feb. 22 email to employees, co-founders Kunal Bahl and Rohit Bansal admitted committing some key mistakes in running the company, distracted by the influx of capital into the e-commerce sector over the past few years.

“We started growing our business much before the right economic model and market-fit was figured out. We also started diversifying and started new projects while we still hadn’t perfected the first or made it profitable. We started building our team and capabilities for a much larger size of business than what was required with the present scale,” Bahl and Bansal said in the email, unprecedented in the Indian technology startup space for its tone and honesty.

Of course, many had seen this coming. “They had no clear strategy and there was very poor execution,” said TV Mohandas Pai, former CFO of Infosys, an angel investor now. “They were egged on by people who wrote large cheques and told them to spend it in the hope they would get more money. And it all blew up.”

Now, as part of fixing the damages, Bahl and Bansal declared they would forgoe the year’s salary. However, such a gesture may not be enough. More importantly, the rot in the sector may not be limited to Snapdeal either. This might just be the beginning of the sector’s unravelling.

It’s not a one-off
Snapdeal’s founders did not mince words in the email to their employees. At certain places in the note, the message is excruciatingly honest.

What is scary is that many of the admissions that the duo makes could apply to any of Snapdeal’s peers and even some non-e-commerce startups in India:

“A large amount of capital with ambition can be a potent mix that drives a company to defocus from its core. We feel that happened to us. We started doing too many things.”

This “potent mix” of ambition and funds was pretty much the cornerstone of Indian e-commerce in the last 5-7 years. Online retail has been the most-funded segment in India’s startup space. Snapdeal alone has raised a total of $1.6 billion, according to online startup database CrunchBase. Its larger rival, Flipkart, raised $3.15 billion.

Such was the high of greenbacks that in 2013, Sachin Bansal, a co-founder and then CEO of Flipkart, admitted that he did not aspire to build “a small profitable company” when the market opportunity is so huge.

In retrospect, they all bit off far more than they could chew. The last one year has been payback time.

For example, in 2011, Snapdeal acquired customer-to-customer marketplace Shopo and then committed a $100 million investment into the business in 2015, before shutting it down earlier this month. In December 2016, after running it for four years, Flipkart discontinued DigiFlip, which used to sell computer and camera accessories. Earlier this month, Flipkart’s logistics arm Ekart discontinued two of its services – consumer-to-consumer courier and hyperlocal delivery.

“As part of our overall path to profitability plan that is currently in full swing, we will be reorganising the company into a lean, focused, and entrepreneurial one… Sadly, we will also be saying really painful goodbyes to some of our colleagues in this process.”

This is certainly not the first round of downsizing Indian startups will have witnessed.

Flushed with funds, in 2014-15, Indian startups recklessly hired employees, often at inflated salaries. But as venture capital funding slowed down, pink slips have lately been flying thick and fast. Some of the most prominent names – Flipkart, Zomato, Housing.com, and TinyOwl – have let go of employees. And the bloodbath is unlikely to stop anytime soon.

“I believe other startups will follow suit and by March more layoffs will be announced in other firms. There isn’t any choice. Companies will have to ‘right size’ themselves,” said Sanchit Vir Gogia, chief analyst at advisory firm Greyhound Research.

This was perhaps the most ironic statement in the Snapdeal founders’ email, considering that till around two years ago, the sector they operated in mocked the mere mention of the word profits.

All that mattered was gross merchandise value – the total value of goods sold on a marketplace – valuation, and funding. There were claims that profitability was just a “strategic decision” and could be achieved “today” if they wanted.

“Profitability is not a focus area… We can stop investing in one area and start making profits; it’s definitely possible. But we don’t want to remain as a small profitable company. That is certainly not what we are aspiring for when the market opportunity is so huge. If one wants to focus making profits quickly, then e-commerce is not the place for him,” Flipkart’s Bahl said in a 2013 interview.

In 2015, Snapdeal’s Bahl said that his company is focused on investments to build a suitable ecosystem and will turn profitable when the time is right.

Birds of a feather

Following the founders’ email, Snapdeal is being widely criticised for the lack of focus on profits, extravagant spending on advertising and rebranding, and over-hiring.